M12 is a kind of round connector equipped with 12 mm locking thread structure, and generally has IP protection grade, which can prevent the intrusion of liquid and solid. M12 connector, which was born in 1985, can be said to be the “older generation” among all kinds of universal interfaces.

Before M12 interface was developed, engineers had to pull cables directly under the complex environmental factors and harsh industrial production conditions, or repeatedly replace connector components that were damaged because they could not resist environmental erosion. M12 connectors originally released are divided into 3-pin and 4-pin models. Although M12 at that time was inferior to its predecessor RK30 in terms of the maximum current allowed to pass, it could reach IP67 protection level, so it was rapidly popularized and widely used in the industrial field. Nowadays, this kind of tested and durable connector has not only developed 5-pin, 8-pin, and 12-pin configurations but also continuously developed various new locking methods, such as bayonet type and push-pull type, in order to better meet the development needs of industrial applications.

Small in size and large in size, M12 has abundant configuration and coding. Due to the particularity of industrial applications, the M12 interface not only provides a variety of pin numbers but also uses a variety of key bit codes to prevent wrong mating. These pins and codes will correspond to different purposes according to different performances. Generally used in sensors, DC and Ethernet. The most widely used M12 coding types are A coding, B coding, D coding and X coding. Among all the codes, A code, B code and X code were first developed and used up to now. In today’s high-speed industrial Ethernet field, the demand for X-code connectors is increasing, and will eventually replace A-code and D-code in Ethernet applications.

M12 has been used everywhere. It is most appropriate to summarize the development of M12 with “innovation”. Since its inception, M12 has ensured reliable connection and stable transmission in the harshest environment, so it is the preferred interconnection system in the field of industrial automation, which is mainly used for sensors, actuators, industrial Ethernet and fieldbus devices. It can be said that M12 connector is constantly helping to usher in one innovation after another in the field of industrial automation.

In addition to factory automation, due to its corrosion resistance, M12 connectors and M12 cable assemblies have been put into more updated fields such as measurement and control, communication, transportation, robotics, agriculture, alternative energy applications, etc.

Elecbee is a professional electronic parts purchasing platform. We provide a full range of high-quality connectors from original manufacturers and accept product customization. If you have any requirements, please feel free to contact us. 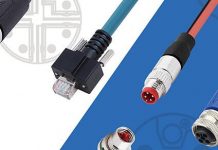 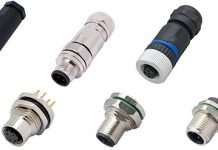 Why M12 connectors are the right fit for the IIoT ? 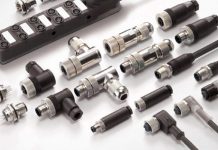 About the intelligence points of the sensor connector

The market value of connectors in the new energy vehicle industry